Most organizations would say that their company has a “coaching culture” and that the number one priority of its team leaders is to coach. However, studies show that in many centers, this reality is very low. It comes as no surprise that those centers, which do have a real coaching culture, have the lowest attrition, the most motivated staff and are the best at satisfy¬ing the demands of their customers. Staff job descriptions almost always include the fact that they do coaching. However, upon further probing, we consistently discover that the quality and quantity of coaching is inadequate for producing the results that would be expected from an effective coaching program.

So why it is that coaching simply isn’t being done and done effectively?

– Team-leaders don’t know what to do beyond the basics of pointing out what the agent did wrong
– Team-leaders are apprehensive to coach, since so often it does simply involve pointing out what the agent did wrong, and then dealing with the agent’s defensiveness
– Supervisors believe that agents don’t like to be coached and this belief is reinforced by ineffectively handling the coaching process
– Team Leaders have so many other things to do that coaching is crowded off their itinerary

QA staff does the coaching so team leads, supervisors skip it 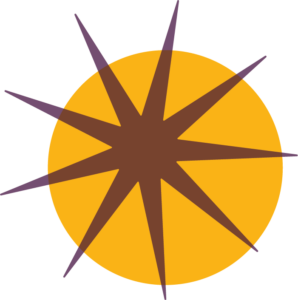 Ask leading questions to create agent ownership of their own performance – so they can self-coach on every call, not just the ones the coach listens to. Ask questions that “lead” the agent to the answer. Reverse engineer the situation and ask thought provoking questions that get the critical thinking gears in the agent going. Supervisors too many times are just “answer boxes” and therefore create dependency; agents can’t think for themselves and rely on the supervisor for every answer. Coaches develop the agent to think and be self-reliant.

Self-reliant agents are prepared to guide themselves by asking themselves the right clarifying questions to performance improvement. You will hear the agent repeating questions they have learned through past coaching moments and applying the thought process. Now the coach is developing the agent, the person and the company.

Coaches meet the agent where they are and guide the conversation through questions and not directives. They both come to an agreement of the priorities and the action plan. The coach can provide structure for accountability. A good coach will support the agent through a shared commitment of their goals and action plan. Good coaches find opportunities to coach for situations like improving performance, solving a problem, dealing with conflict, or realizing the agent’s potential are all good coachable moments.

Supervisor as The Coach

Managers who understand their role as a coach will have a greater impact on their team, their results and the organization. Supervisors who operate more like a coach and effectively coach team members boost their results as much as 20% compared to those supervisors who choose to “manage” instead of coach.

What is the difference between managing and coaching? Coaches “ask” versus “tell”. Coaches have learned the art of asking questions; leading questions that help the agent think through the issue and many times will arrive at their own solution. When agents go through the thought process to get to the resolution they feel empowered, confident and they own it. Telling makes managers sound bossy, confrontational and unapproachable.

Managers who coach focus on the agent versus the task. Coaches use the issue as the vehicle to develop the agent. For example, an agent would continually get stuck and stop working because an obstacle presented itself. The supervisor repeatedly asked questions like “What options do you have to get around this?”, “What options are realistic?” and “Do your options need resources or a manager’s support?” By working with this agent and developing their thinking process they soon began to resolve issues on their own and stopped going to their supervisor.

Coaching is about developing people not “fixing” them. The coach facilitates the learning and development process by creating a safe place for the agent to explore and discover.

Coaches, like managers hold agents accountable by providing structure around the action and outcomes. This helps keep the agent on track and they can see the process they have moved through and will implement on their own next time.

Coaching in the moment is something that happens when needed. An agent comes to the supervisor with a question and the caller is on the line. On-the-job experiences are a good time to reinforce classroom training by helping the agent apply the classroom knowledge to a real situation. This is how learning “sinks in” for long term retention.

2. Check in with the employee to ensure they have all the support and resources they believe are necessary to help them change behavior.

Developing a coaching culture requires developing managers and supervisors in the art of coaching. It starts with the mindset shift of being the cheerleader in the background looking for opportunities to guide agents to become self-reliant. This can be challenging, as many managers don’t want to give up “control” but the funny part of that is the one who is asking all the questions is the one in real control.

Coaches have more control than the supervisor who is “managing”.
Asking thought provoking questions that lead the agent down the path of discovery will build their confidence and self-esteem. Your agents will be developed and challenged in a way that builds new skills and enables them to learn from their experiences, which is the best teacher. When agents feel good they keep coming back the next day to perform again and soon you have agents that self-evaluate, correct and continue and run to the finish line for the gold! Turn your managers and supervisors into coaches for long-term business impact.

Supervisors wear three different hats during their day. Supervisors are trainers, then coaches and then managers. What is the difference? Trainers introduce the agent to the content in a classroom setting transferring the knowledge with a variety of training methodologies. The ratio of trainer to agent is 1: many. The trainer sets the agenda and is the expert in the room. The main purpose of training is to transfer the knowledge and develop specific skills. Training teaches agents how to do things including soft and hard skills. Training is a one-way process; agents receive information from the trainer and training is usually given before the agent is placed on the call floor to perform the job.

The last hat is Manager. This is the accountability step and may sound very different than trainer and coach. To manage is more about command and control; they exercise their power and force decisions, do a lot of “telling” and giving directions; making agents reliant on the manager for answers, help and support. Managers are one-way in their communication, and focus on procedure, operations and the bottom line. They miss opportunities to develop their team members.

It is possible to hold agents accountable using coaching techniques while avoiding the strong language and demeanor of the “manager”. There is a time and place for each hat and successful managers know when and where to change them.

VIDEO FROM OUR EXPERTS 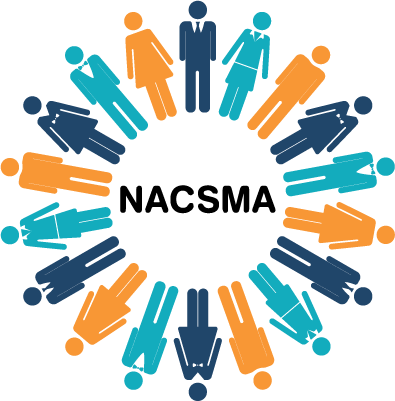 NACSMA is a professional, non-profit association whose members represent customer contact organizations and the vendors who support them.

When a contact center organization expands to an additional site or requires new space, the steps to properly implement are unique to each organization but do have standard phases.